Al-Andalus was a Muslim state that ignited Europe for centuries. It’s now more commonly known as Spain. Discover the romance and intrigue for yourself on an 8-day tour that offers expert guidance but leaves plenty of free time to unravel the mysteries on your own. 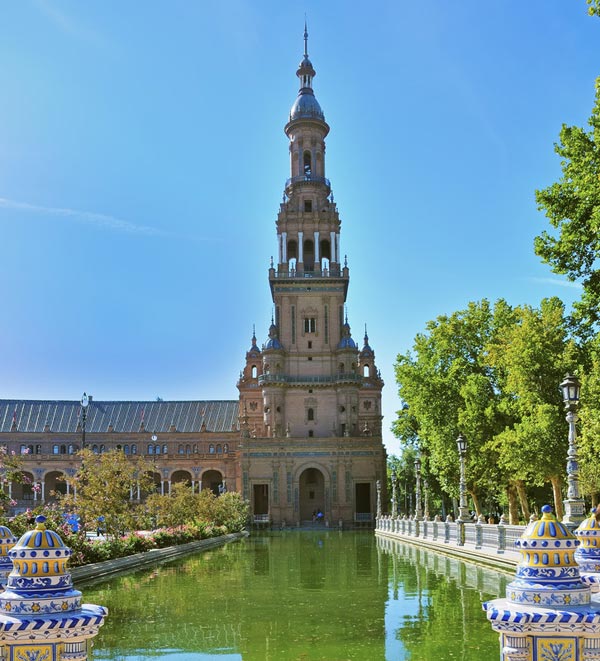 You will discover it all on this adventure vacation to Spain From gypsy culture to flamenco passion, encounter a culture a thousand years in the making.

Itinerary for your adventure vacation to Spain

Arrive at any time. As your fellow travelers are arriving throughout the day, there are no planned activities, so check-in to the hotel (check-in time is approx. 3pm) and enjoy the city. In the evening meet your fellow group members to go over the details of your trip. Check the notice boards or ask at reception for the exact location of this group meeting. After the meeting, you have the chance to head out for a meal at a local restaurant with the group (optional). 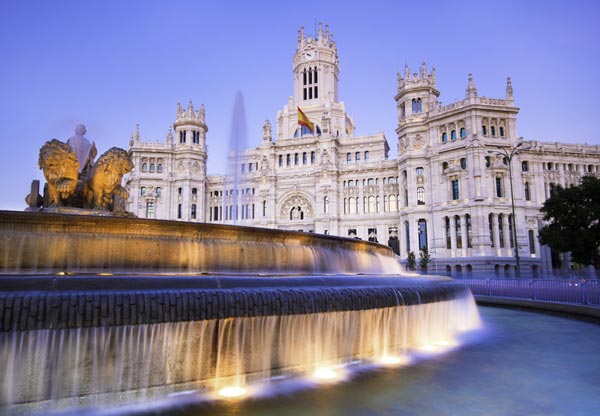 Please make every effort to arrive on time for this important welcome meeting. If you are delayed and will arrive late, please contact the hotel or inform us – contact numbers are provided in these notes. Your Tour Leader will then leave you a message at the front desk informing you of where and when to meet up.

Madrid, the grande dame of European cities, has it all — history, architecture, museums, galleries, beautiful parks and a wild nightlife. The capital’s most exciting street is the Gran Vía, but be sure to visit the Plaza Mayor –the true heart of Madrid. Enjoy a coffee in one of the plaza’s many cafes and watch the world go by.

A trip to the Museo del Prado, one of the greatest art galleries in the world, is a definite highlight. The main emphasis of the museum is 15th to 19th century Spanish, Flemish and Italian art. There is plenty of Goya and you’ll find a wealth of paintings by Diego Velázquez. For a more modern take and one of the best art history lessons you’ll ever get, check out the Museo Thyssen-Bornemisza, a private assembly of paintings from Titian to Picasso.

The beautiful Real Jardin Botánico, near the Prado, is a good spot to recover from an art overdose. To see what style the kings and queens lived in, visit the Palacio Real, where you’ll get a chance to see some of the most elaborately decorated and furnished rooms. The epicenter of Madrid’s nightlife is Plaza del Dos de Mayo, in the area known as Malasaña – head here after hours to have a taste of Sangria and dance to the latest music.

The Escorial, a magnificent palace and mausoleum constructed by Felipe II is also a major tourist attraction within the capital area. The building’s magnificent style is a worthy monument to the power and wealth that was Spain during the 16th century. The Escorial also became a great center for learning and has an outstanding library.

This morning we visit the UNESCO World Heritage site of Toledo. Return at your leisure to Madrid with option to visit Museums, or take in a Flemenco show or Bull fight.

This morning we travel to Cordoba by high speed train. After some time to settle in, we undertake a visit to Cordoba’s most famous monument, it’s extraordinary Mosque. Built in 785 by the Moors, in the 16th century a Christian cathedral was built right in the middle of the mosque. Afterwards, we will stroll Cordoba’s historic medieval Jewish quarter, full of narrow winding lanes and traditional houses.

Cordoba’s gastronomy features a cuisine steeped in Roman, Moorish, Christian and Jewish traditions. Why not head out tonight and sample some such as the thick, hearty stew called “caldereta de cordero” or cool off with “ajo blanco,” a hearty white gazpacho soup.

Travel to the Andaluz city of Granada and take an orientation walk, including a guided visit of the Alhambra, one of the greatest accomplishments of Islamic art and architecture, and the highlight of the trip for most visitors. Free time to explore with the option to take a bike tour or visit the cathedral.

During the Muslim rule of Spain, Granada was one of the region’s most regal cities. The greatest Muslim legacy in Europe, the Alhambra, is located in Granada. The Alhambra has captured the imagination of visitors for years, and much has been recorded about the history and purpose of this area. But no amount of reading or study can truly prepare you for your first visit—it is simply breathtaking.

The Alhambra is divided into three sections: the Alcazaba, the Palacio Nazaries and Generalife. The Alcazaba is the Alhambra’s Muslim 11th century wing, offering spectacular views of the city from the tops of its towers. The Palacio Nazaries is the center of the Alhambra, and is most famous for its detailed works and gardens. The Generalife was the summer palace of the sultans. We include a full guided visit of the Alhambra to help you make the most of this truly memorable experience.

Granada though has so much more to offer than the Alhambra, magnificent though this is. Take a wander through the whitewashed historic quarter of the Albaicin, with its narrow lanes and fantastic views back to the Alhambra – this is a great place to go for sunset. And don’t miss Granada’s nightlife, with trendy tapas bars and a lively music scene.

Today we will explore the town of Ronda, on the El Tajo gorge. We will cross the Puente Nuevo and down into the gorge itself for incredible views. Free afternoon for exploring the many attractions of the town with option to go hiking, canoeing or caving. 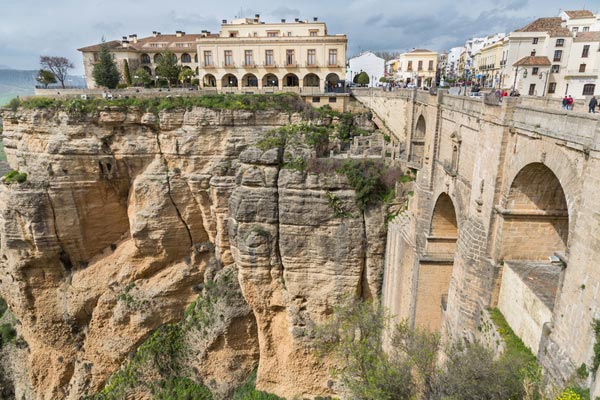 This morning we will head to Seville, one of the most colourful and exciting cities in Spain. We spend our time here with the option to explore the Muslim monuments, parks and gardens at our leisure, getting a taste of Seville’s energetic pulse with a chance to see some unique flamenco and savour some tapas at the city’s many bars and cafés.

After your CEO has taken you on a short orientation walk to get your bearings, you will have time to take in all this great city has to offer. Be sure to explore the wonderful interiors and gardens of the Alcázar, a magnificent palace dating from Moorish times. During Seville’s warm summer nights (until mid-September) you can enjoy a series of concerts in the beautiful setting of the Reales Alcazares. The true heart of Seville lies in the Santa Cruz quarter a charming area with its winding alleys, picturesque lime-washed houses,flowery patios and small squares. Seville is home to the world’s largest gothic cathedral. The climb to the adjoining tower, known as La Giralda, is well worth the effort for the great views of the city. The 76m Giralda was constructed by the Moors as a mosque between 1184 and 1197; after the reconquest Christians fitted the minaret with its bell tower in 1568.

Other attractions include the Parque de María Luisa, which has a maze of paths, garden beds, pretty little patios, fountains and shaded lawns, the Museo Arqueológico and the Casa de Pilates.

Depart at any time.